I am SO EXCITED to reveal the gorgeous cover for my newest YA novel Sound of Silence--co-written with the very talented Mia Kerick! Aaron Anderson is the cover designer and he did a marvelous job capturing the aesthetic of the story. 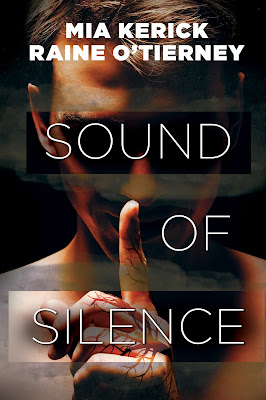 Renzy Callen exists on the periphery of life, and not just because of the horrific childhood event that robbed him of the ability to speak. Walling himself off from the rest of the world as a means of protection, he occupies his time with art, music, and an obsession with self-help groups—whether he needs them or not. His isolation protects him, and he’s immune to drama and emotional games… or so he believes. Everything changes when he meets Seven and Morning Moreaux-Maddox, the wealthy, jet-setting siblings who move from a life of sophistication in Europe to humdrum Redcliff Hills, Missouri.

Both Seven and his sister are impossibly beautiful and elegant, like the stars in magazines and high-fashion models on the runway. When Renzy is pulled into their push-and-pull of affection and rejection, he realizes there is more to both haunted Morning and cold, diamond-sharp Seven than meets the eye.

The three teens embark on a quest to learn the reason behind Renzy’s selective mutism, and something more than friendship blossoms between Renzy and Seven. It’s during this trip of a lifetime that the three realize the truth they seek might be found in the sound of silence.


Interested in Renzy and Seven's story? Pre-order Sound of Silence today at Harmony Ink <3
Posted by Unknown at 12:01 AM 1 comment: 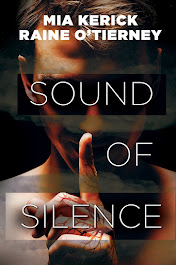